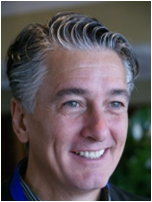 George van Evert is managing director of Circle Holding, which focuses on business development, boardroom coaching and strategy consultancy. In addition, George is Business Development Director at Projactive, a search and contracting firm for marketing, communication and sales positions in the Netherlands and abroad.

George holds an MA in English Literature from Leiden University in the Netherlands.

At the start of his career George was an editor/publisher of scientific journals and books. After that he started as an independent publisher of commercial books about the film industry. In 1989 a major career switch was made by joining the international training/coaching company Krauthammer International. For more than 12 years, George designed and taught numerous executive and in-company management, leadership and sales programs at business schools, corporate academies and international corporations in a variety of industries and countries.

In 2001 he became Managing Director of Projactive and in 2006 he started to combine the best of both worlds i.e. business development and strategy coaching/ consultancy at boardroom level, including both commercial and non-profit organizations.

George is married and has two children. He is a fanatic golf player and an active sportsman in the field of tennis and skiing.