Which challenges do I likely face if I try to implement big changes in my organization?

Organizations constantly change, in ways intended and unintended. When managers deliberately intend to alter an organization, shifting it from its current state to a future state, we speak of implementing change.
The challenges involved in successfully implementing change depend on how big the intended change is – whether it is a minor adaptation or a major organizational transformation. Generally, the wider the scope (the number of aspects being changed) and the larger the scale (the extent of the change), the more challenges that will be encountered.

The model identifies the three main categories of challenges encountered by managers trying to cross the gap between the current state and the intended future state – hence the tonguein-cheek name, Mind the Gap Model. Within each of the three categories, three specific challenges are described that are commonly faced when implementing big changes. The model doesn’t suggest that these challenges always occur, but serves as a checklist to warn managers of potential issues they might come up against. 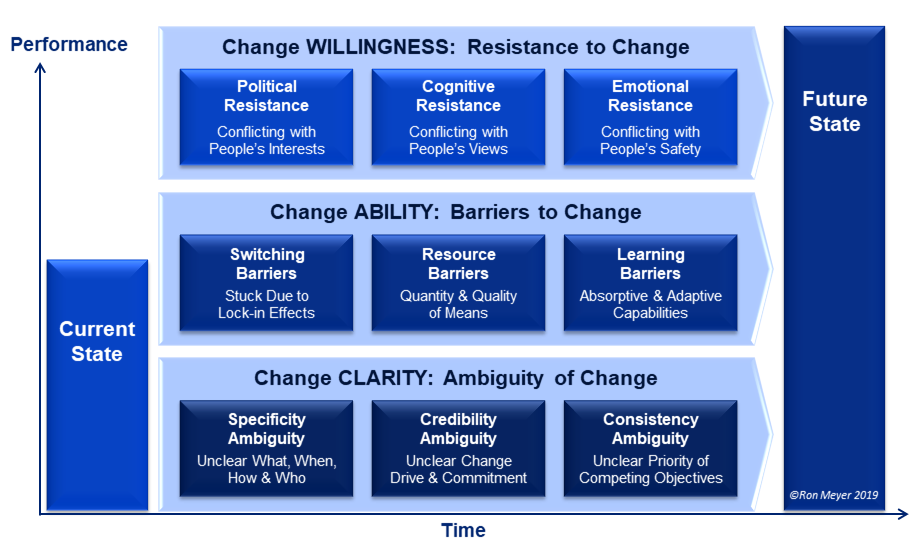 The nine change challenges, grouped into three sets of three, are: