How much pressure should I exert when talking to people?

Interaction is the process of two or more people communicating with each other, most often by means of talking. For the majority of managers, interacting by means of speech is their primary method of getting things done – their work consists largely of talking.

Instead of letting an interaction unfold haphazardly, the Interaction Pressure Gauge indicates that there are three different levels of effective interaction pressure that managers can use, depending on their objective, as well as the person and situation they are dealing with. Each of these pressure levels produces a constructive tension, drawing the other person into participating in a meaningful dialogue. At the same time, the model points out that managers need to stay away from the opposite extremes of no pressure/tension (pacification) and destructive pressure/tension (polarization). 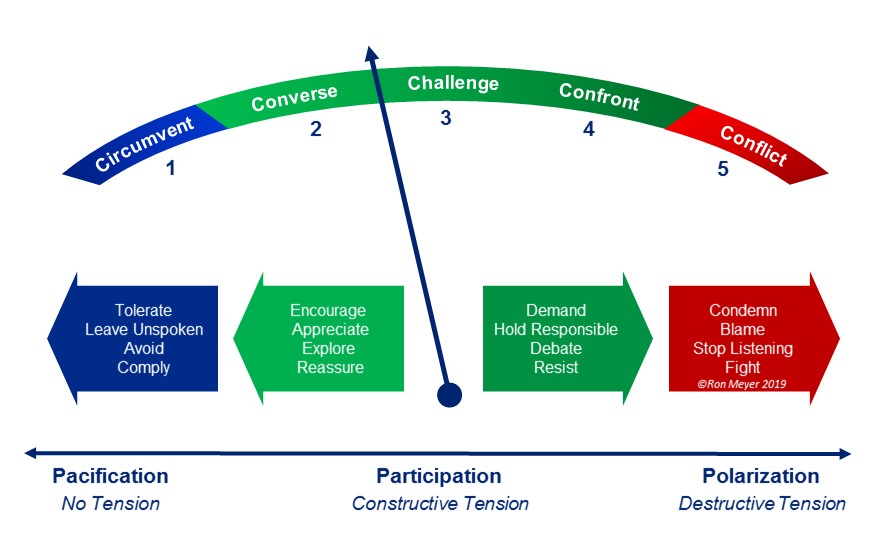 There are five generic types of interaction, running from low to high levels of pressure: